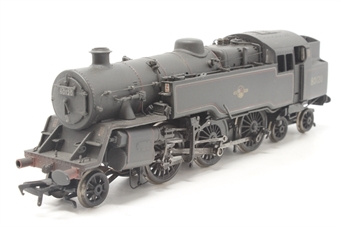 Introduced originally in 1951, the Class 4 2-6-6T's were the most numerous of all Standard tank locomotives, a total of 155 being constructed over a six yera period. Out of the total number, 130 were built at Brighton works with the remainder coming from Derby and Doncaster. Numbered in the 80000 series, the Britrish Railways Standard design owes its ancestry to the basically similar locomotives developed for the LMS by Stanier and Faiburn between 1935 and 1948. Although classified 'mixed traffic' by BR, the engines were more suited to their role as a passenger tank for use on long distance suburban trains, although they could easily handle short distance freight workings. They proved themselves to be fast, reliable machines and became popular with their crews. Although the first locomotive was withdrawn as early as 1962, general scrapping did not commence until 1964, with some examples on BR (SR) lasting until the end of steam power late in 1967. 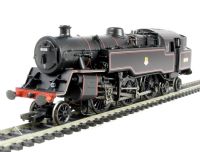